When you go in for your annual physical, you’re hoping for a sunny prognosis. Realtor® magazine isn’t a medical journal, but it does have a feature called “Market Pulse.” It reports on the patient’s vital signs (if you imagine the patient being the nation’s housing market). The state of the national patient can be relevant here in Henderson. In fact, the direction of the wider U.S. market is probably the best prognosis for what lies ahead for our own Henderson housing market.

The NAR’s attending doc is, as always, Dr. Lawrence Yun. When his latest Market Pulse report just appeared in the Realtor mag, it wasn’t hard to picture what would have happened if the good Doctor had performed the pulse-taking in reality.

There would have been an efficient receptionist, and then, the examination room. The wait might have been a few minutes, but if nerves had prompted a checking out of the academic shingle on the wall, it would have been reassuringly plastered with names like Harvard and Purdue.

After the Market Pulse had been taken, the results would have been delivered with a comforting smile. “Jobs are growing,” was the first verdict, given as the doc folded the pulse-O-meter back into its case; “and interest rates remain low…” He would have paused to open the housing market’s chart to scribble a few quick notes, then, without looking up, “Sellers, meanwhile, are reporting faster sales, with homes averaging 36 days on the market.”

Since that’s a lot faster than the 42-day average from the 2015 checkup, that was great Market Pulse news.

But then Dr. Yun might have done one of those little brow wrinkles that doctors use when they’re about to tell us to exercise more or watch what we eat. “But tight inventory in many parts of the country continues to drive prices up…” At that point, having heard this so often, the Market Pulse patient would probably have tuned out the rest. For goodness sake! This lecture hasn’t changed for two years. It’s the one about not enough homes on the market, escalating prices and discouraging first-time buyers who can’t use home sale proceeds to fund down payments. It may be true, but we know, already!

Then it would be time to check out at the reception desk with a promise to be back next year. For those whose primary interest is Henderson’s housing market, if the future is going to involve buying or selling a Henderson home, there will be a discreet little card dispenser off to the side of the counter.

Be sure to take one—it says, “Call your Henderson Realtor.” That’s me! 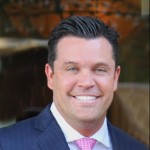